This past weekend, VIAIR took part in the Forbidden Fantasy Show N Shine show as the presenting sponsor. Forbidden Fantasy Car & Truck Club has been hosting its show in Perris, CA for the majority of the show’s twenty-year history. Since changing its location to Laughlin, NV last year, the show has gained even more interest due to its location and amenities. 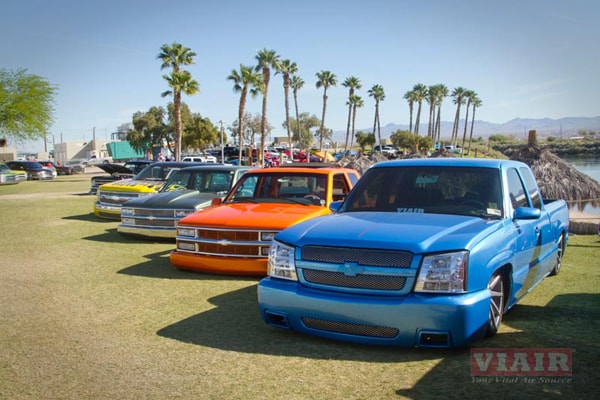 The show is set on the palm tree covered resort grounds of Avi Hotel & Casino, overlooking the Colorado River. Brian Goude, the event organizer and owner, reached out to us last year to be the presenting sponsor. Given that the show is mainly based around trucks and mini trucks, and many of its show vehicles run VIAIR compressors, we knew we had to say yes! As the presenting sponsor, we had a designated area and showcased several VIAIR-equipped vehicles and baggers. 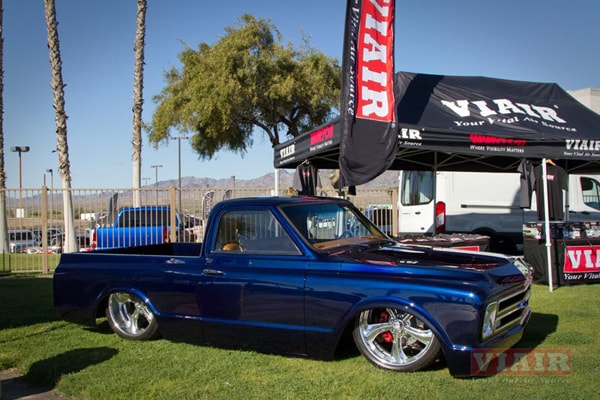 This year’s show had record attendance, despite the winds. People driving by on their boats could tie up to the dock and walk right up to the show. Spectators and guests of the resort also came by to check out the action. 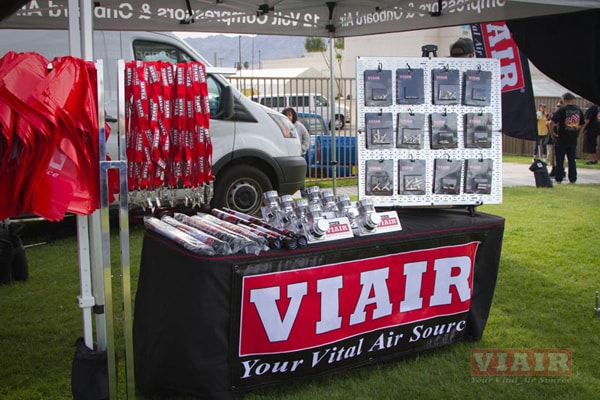 The structure and overall feel of Forbidden Fantasy Show N Shine is a bit stricter than the average car show, which we think is a good approach! Completed show-quality vehicles were allowed on the grass area of the resort. Under construction vehicles were parked nearby in the adjoining area of the show grounds.

This show attracts some of the nicest show vehicles from around the country, and focuses on quality over quantity. Notable vehicle award winners in our booth included Brad McKinnon’s 1969 Chevy C-10 “Best Classic Truck” and Michael Thompson’s “Best Wagon” Audi running Airrex Digital Air Suspension. Doug from Aftermath Designs custom made an award for us, pictured below. We chose Bill Fry’s S-10 as the VIAIR pick, due to its clean bed display prominently displaying VIAIR compressors. 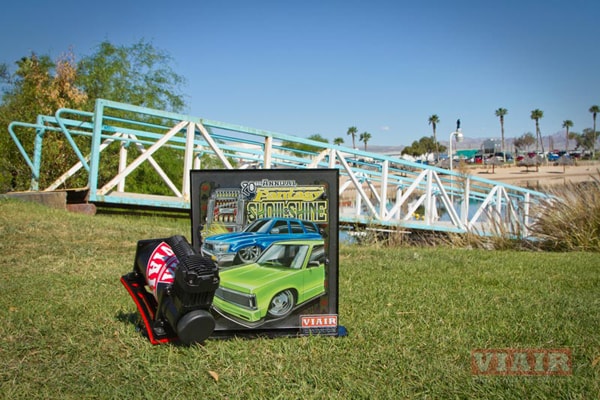 The show had numerous vendors related to the aftermarket industry and attendees were able to enjoy a beverage or two at the beer garden – after all, it is the river! VIAIR also set up a photo booth for folks to take pictures at all weekend. And if you were there, you might have seen our branded Snapchat Geofilter with the Forbidden Fantasy artwork!

Special thanks to Brian Goude and Forbidden Fantasy for putting on another excellent show. Until next time! 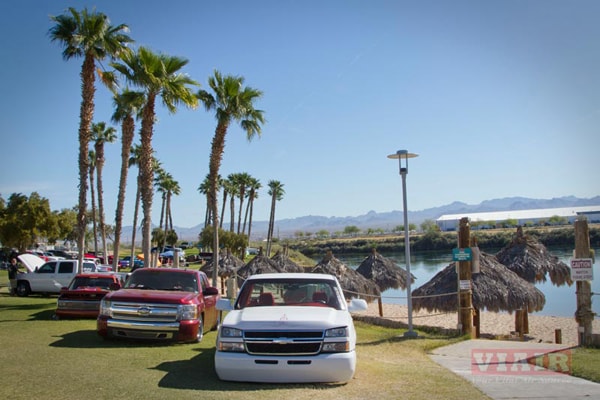