We were excited to present the show for many reasons: to release specs and take pre-orders for our new Gen. 2 Dual Packs, and, of course, show off high-quality builds at our booth. 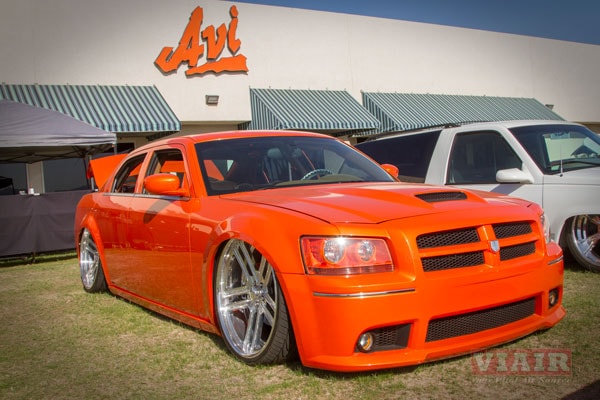 Because Forbidden Fantasy Show N’ Shine features vehicles on air suspension, we couldn’t think of a better place to release our Gen. 2 485C compressor specs to the public.

Some industry attendees may have heard about our Gen. 2 compressors at SEMA 2017. But at the show, they were able to pre-order these pumps for the first time. Our brand new VIAIR 485C compressors deliver game-changing performance, rated at 100% duty cycle @ 200 PSI. This next generation compressor is an industry first 200 PSI-rated working pressure pump. 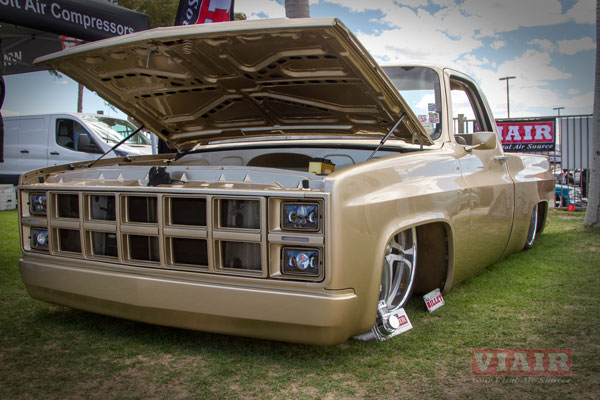 (Want to learn more about our 485C Gen. 2 compressors? We’ll be sharing that on our blog next week!)

Brian Goude, our event organizer and host, has been involved with the show for the past 21 years since its original location in Perris, CA. Brian has since changed the show to this new location, which has brought spectators from all over the nation. This year, the farthest attendees this year came all the way from Japan! 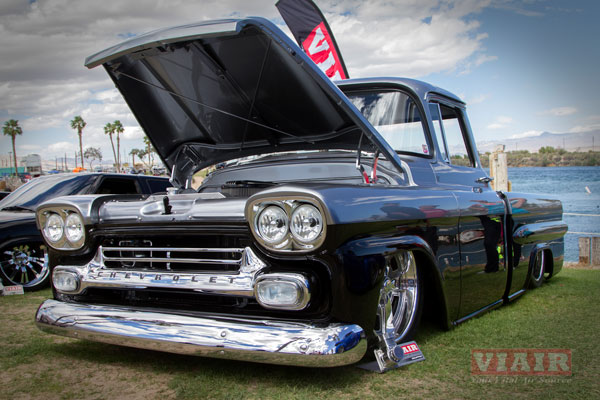 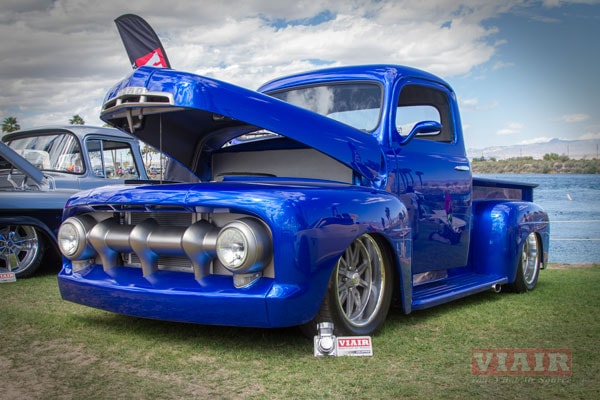 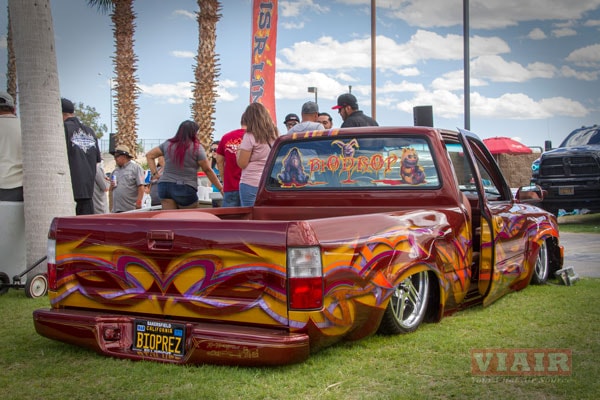 Despite the windy weather, spectator audience was at a record high, driving competition between builders brought more quality vehicles to the show than ever before. The resort allowed guests or anyone driving by on their boat to tie up to the dock and walk right to the show.

Guests and attendees were able to see what many of the show’s vendors were up to. Noteworthy vendors posted up at this year’s show included Switch Suspension, Auto Revolution, Grinder TV, C10 Vatos, Our Lifestyle Podcast and Hammered Weekend Wear. 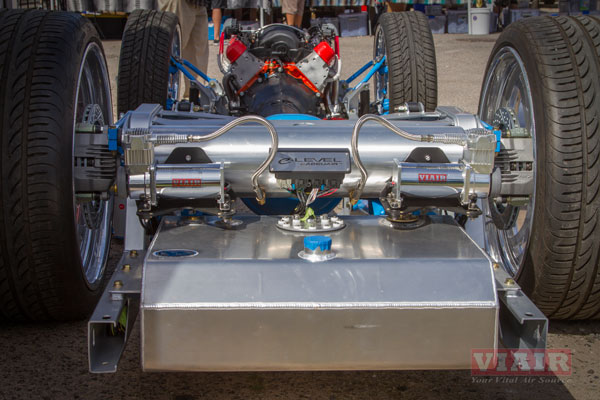 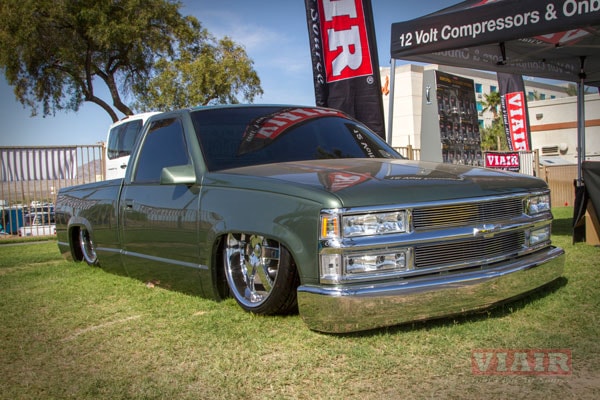 The vehicle was a sight to see! It featured tucked 22 inch rims, a full sheet metal bed, 4 VIAIR 480C compressors, the Evolve manifold from AVS, tank, and tank bracket and paint and body done via Dogghouse Kustoms. 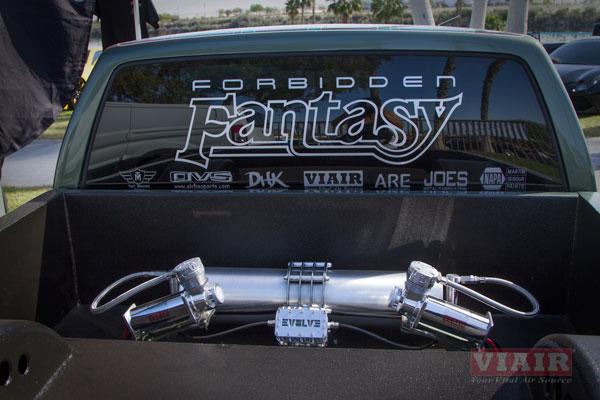 Erica is based out of Fresno, CA and has been a member of the Forbidden Fantasy car club since 2011 with her husband Jose. Together, they share their love of low-riders and mini trucks, making them the perfect match! At 17, Erica purchased her first 1991 single cab Chevrolet and displayed it at Dangerzone 2004, which sparked the idea to create Ridenlow Magazine in order to increase access from a media standpoint at shows.

After an evening at SEMA with Severed Ties member Summer Bullock, they brainstormed about the idea of a sisterhood for females in the truck scene. They wanted to create a club that focused on female-built rides with the tagline, “It’s mine, not his!” With a few more ladies on board, Lindsey Freeman of Surface DVD and fellow Forbidden club member Holly Brewer, the Female Mini Truckers Association was born! This lady-driven club is a community for women in the scene to discuss builds, ask questions and support females in the scene who are not afraid to get down and dirty to work on their vehicle or in a shop. Over the years, the Female Mini Truckers Association has grown and now has more members than before – as seen below at the Forbidden Fantasy show. 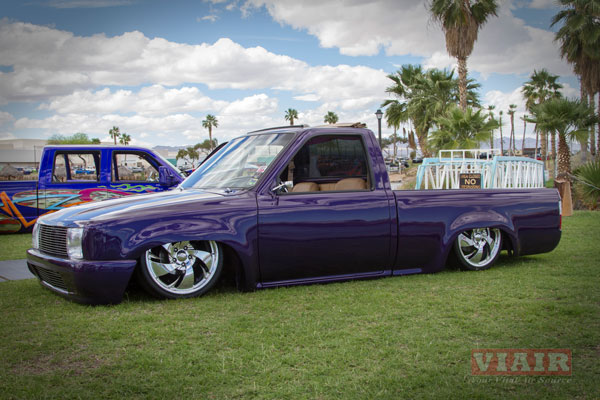 Take a look at what Corey Cruz, President of BioDrop car club, has to say about his experience with VIAIR!

Special thanks to Brian Goude and Forbidden Fantasy for putting on another excellent show. Until next time!