In 2012 Lone Star Throwdown began as a small truck gathering in Conroe, Texas with 600 vehicles but has now grown into what many in the automotive community consider to be the World’s Best Truck Show! This one-of-a-kind custom show attracts air suspension and off-road enthusiasts, builders, and major celebrities in the automotive scene. This, plus the over 2,000 custom vehicles competing for sought-after awards, makes it one of Texas’ leading automotive events of the year! Show promoters Lonnie Ford, Todd Hendrex, Jarrod Dunahoo, and Phil Cholette work tirelessly all year long leading up to the show, and we certainly saw the fruit of their labor when VIAIR attended the show. 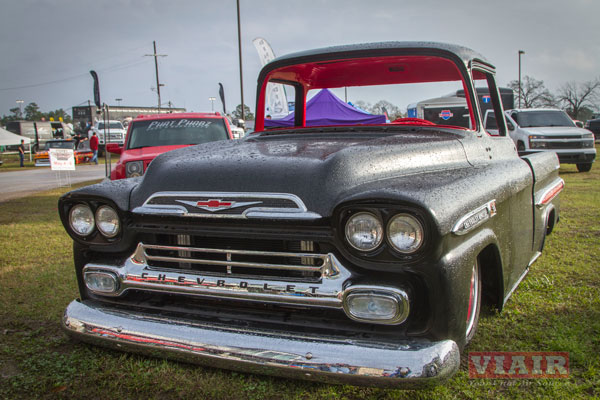 People from all over the world make it a point to attend Lone Star Throwdown, and are delighted to be part of a more than 30,000 crowd – especially considering the looming bad weather which was bound to come.

This show has a broad assortment of mini trucks, full size vehicles, classic cars, lifted trucks, and custom hot rods. Another unique aspect of this show is that it allows vehicles to cruise around showing off their custom ride, often with friends in the truck (and even in the truck bed) on a track which circles around the entire show grounds. 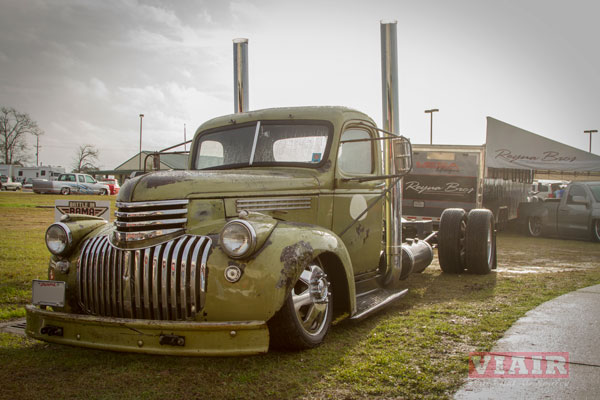 This was VIAIR’s second year having a booth at this show, and we were excited to see our customers and also show off our feature vehicles in the booth! One thing we love about Lone Star Throwdown is interacting with our loyal customers face to face and being able to answer questions they might have. This year at our booth, we featured Sean Randall’s 2017 SEMA vehicle “Vanilla Ice.” This full size Chevrolet Silverado was built by Jake McKiddie of the popular Phat Phabz based out of Oklahoma. Also, Rex Stineman’s brought his lifted Dodge Ram via Keg Media running VIAIR which was a huge highlight for our booth. Another added bonus was that our booth allowed us and those stopping by easy access to view the vehicles that were cruising around the strip. 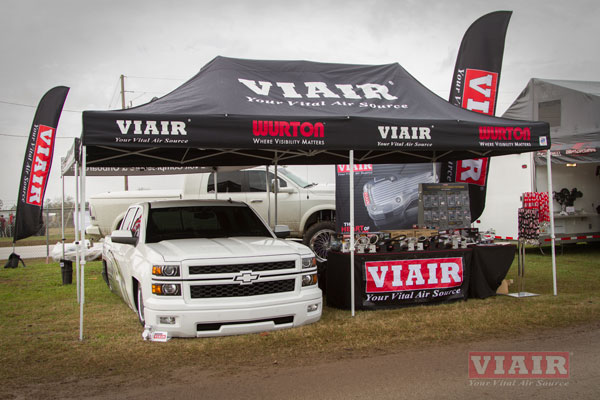 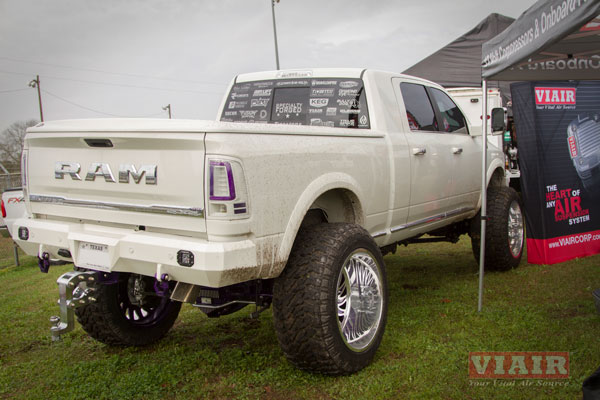 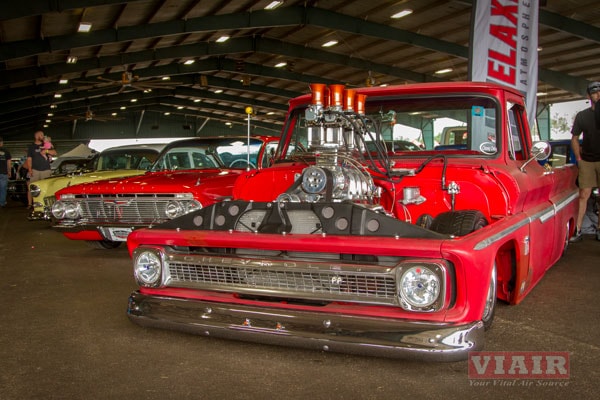 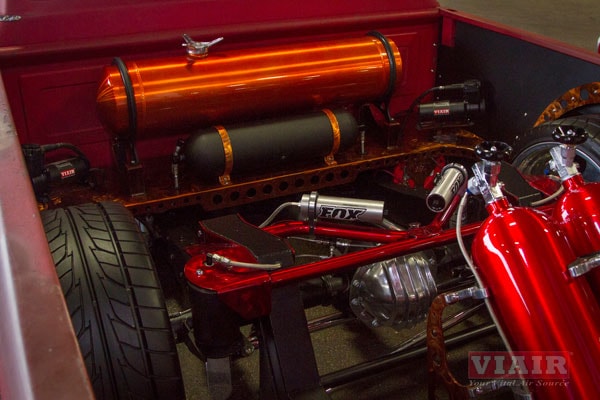 Despite the threat of rain and thunderstorms coming, the show had ample attendance. The first day of the show on Friday was quite muddy, but the sunshine and clear skies brought out positive vibes! Saturday was the busiest day with showers in the early a.m., but the sun came out later in the afternoon which seemed to excite the crowds. Unfortunately by Sunday morning, the storm everyone was expecting to come finally hit, causing us (and many others) to pack up and head home early due to thunderstorms and rain us Southern Californians aren’t used to. 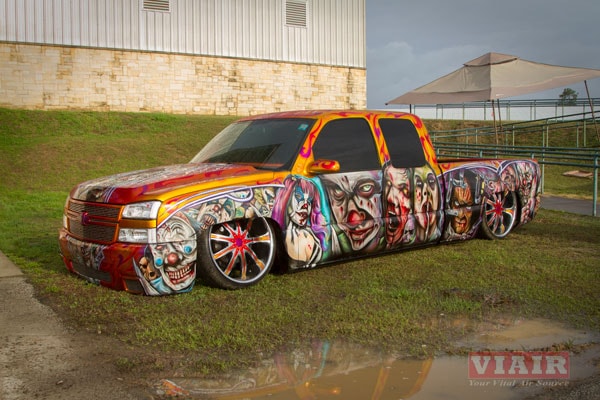 Again, we want to give a special thanks to Lonnie, Todd, Jarrod, and Phil for organizing and accomplishing another amazing show. This is certainly one that we and many others look forward to attending again next year!

To check out more photos from the show, click here.