The Spring Festival of LX’s reigns as the hottest mopar enthusiast gathering of the year! Based out of Southern California, the first meeting of the LX enthusiasts consisted of only 4 vehicles in 2004. At the time, LX first referred to the then-new rear-wheel drive vehicle platform for the Chrysler 300 and Dodge Magnum. In 2006, the Dodge Charger was added. Now, Spring Festival uses the LX designation to include later models such as the LC (Dodge Challenger) and LD (Dodge Charger). 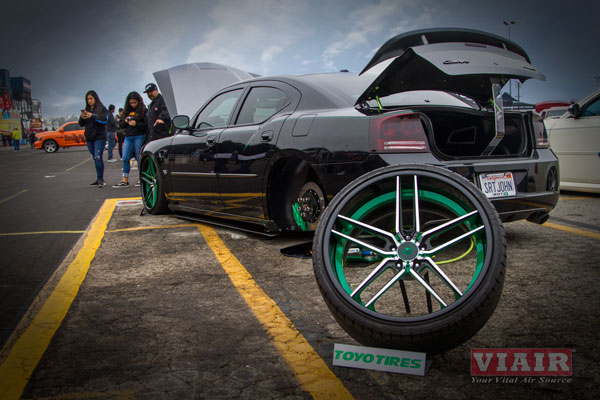 Since then, the event has grown tremendously in following and popularity. In 2005, 100 vehicles took part, and the following year, it officially became “Spring Festival” with over 300 vehicles and participants traveling from all over the United States and Canada to join. John Fortuno, show promoter and event coordinator, with the support of Chrysler, Dodge, Mopar and SRT, has grown this event to over 1872 registered and 1500 attended vehicles for the 2018 show on an uncharacteristically rainy Southern California day. Executives from the Southern California Dodge/Chrysler office and Auburn Hills regard Spring Festival as one of their favorite events of the year! 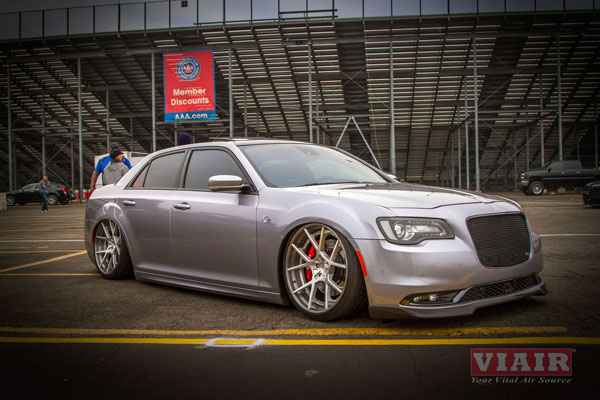 This event is open to all owners of Chrysler, Dodge LX/LC/LD platform vehicles including Chrysler 300, Dodge Charger, Challenger and Magnum. In addition, STR8 variants of the Jeep Grand Cherokee and Dodge Durango are permitted. Participants of this event share the mopar passion of these vehicles. Through social media and various online forums, this community comes together to discuss modifications, connect with other owners, and post photos of vehicles and builds. The Spring Festival show is lifetime experience for attendees to meet these online connections in person. Whether you are a long time attendee, first-timer, have a modified vehicle or stock car, this show creates a return audience year after year. 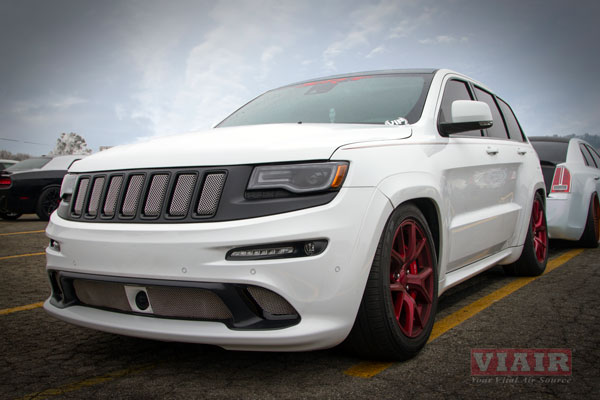 VIAIR was out there last weekend! Along with other participants, we took a tram to the Wally Parks NHRA Motorsports Museum located nearby to check out hot rod and drag racing memorabilia, and had a chance to enjoy the Fairplex food trucks while browsing our favorite vehicles. Many took a break at the Chrysler Kids Zone where families enjoyed a fun jump, climbing wall and other kid friendly activities. 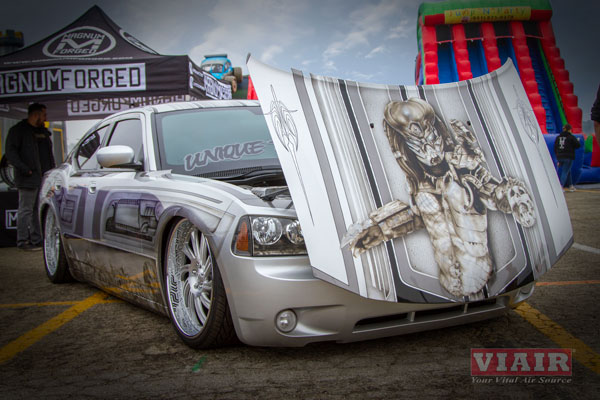 Chrysler, a notable sponsor of the show, rented the complete Fairplex Auto Club Raceway site, which gave access to the 1/4 mile drag strip run by the National Hot Rod Association. This drag strip provided enthusiasts options for time trials and bragging rights only! Mark Trostle, Head of the Dodge and SRT Design Team, presented the Color Clinic – featuring 16 mini-models painted in various colors and a Special Edition Dodge Challenger created just for Spring Fest 13, where fans got a chance to vote for their favorite “future color” for Dodge. Dodge also provided thrill rides at Designer Alley, where supporters experienced a high horsepower ride piloted by a professional driver. 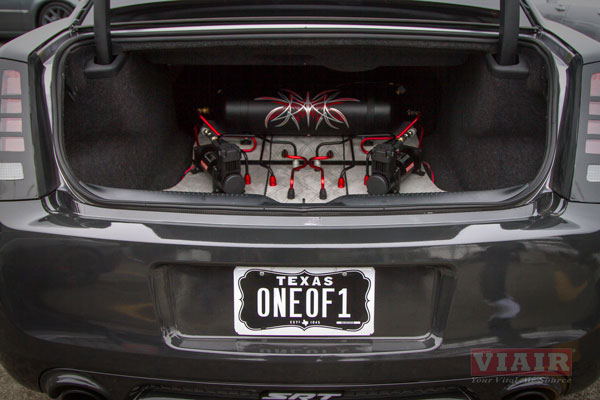 This year, Spring Festival featured 44 vendor display booths – by far the largest yet. Notable VIAIR-equipped vendors like Joey Santiago, owner of Wiked Kustomz based out of the Bay area in Northern California, made the road trip to the show with the rest of the Wiked team. With 10 VIAIR-equipped booth vehicles paired with Avant Garde Wheels, this was one booth no one wanted to miss. Joey is known for his excellent work based in mopar vehicles for 10 years and has created Wiked Kustomz into a household name. 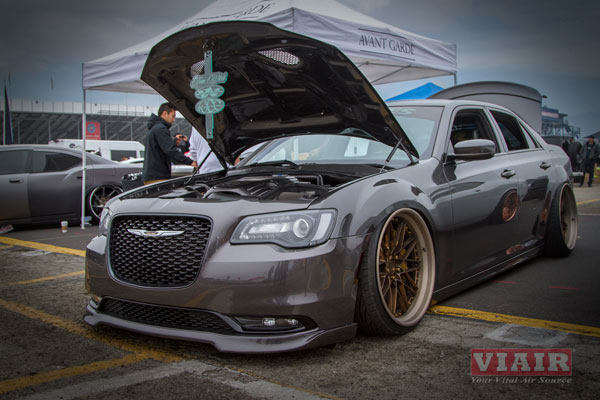 This one-of-a-kind show has it all! As we continue to watch this show grow year after year, we look forward to attending next year and supporting our mopar enthusiasts!